A virtual aquifer of vivid imagery, On Earth As It Is In Austin demands its characters be brought to life. 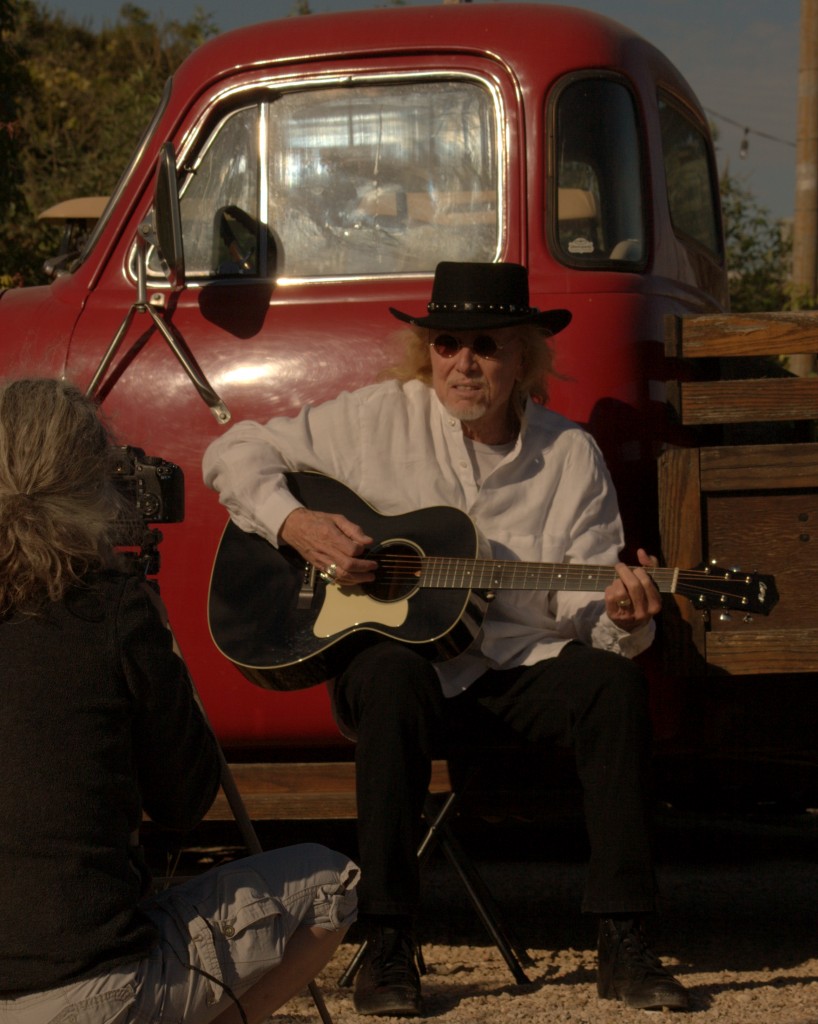 In October, Bob found himself in front of the lens of Mo McMorrow – an unmistakably wicked artist and videographer.

The day itself was absolutely magical, with every detail falling into place just the way it was supposed to.
Just as songs sometimes take over their own writing, this video shoot had its own idea of  how things were gonna go.

Turns out that thousands of bicyclists decided to end their 100-mile Livestrong Challenge bike race at the exact location the shoot was to take place in Driftwood (just outside of Austin). No – we did not think to check for bike races in the area first! That’s ok….we’re flexible! Off to the Salt Lick before hundreds of hungry lunchers show up! Sitting all alone in the parking lot – a gorgeous 1950ish, fire-engine red Chevy 3100 pickup  – just begging to be photographed.

After a couple of hours with what turned out to be the vineyard owner’s super sweet red truck,
it was time to get back to the quaint little filling station where the album’s cover photo had been taken. Not a single cyclist to be found. 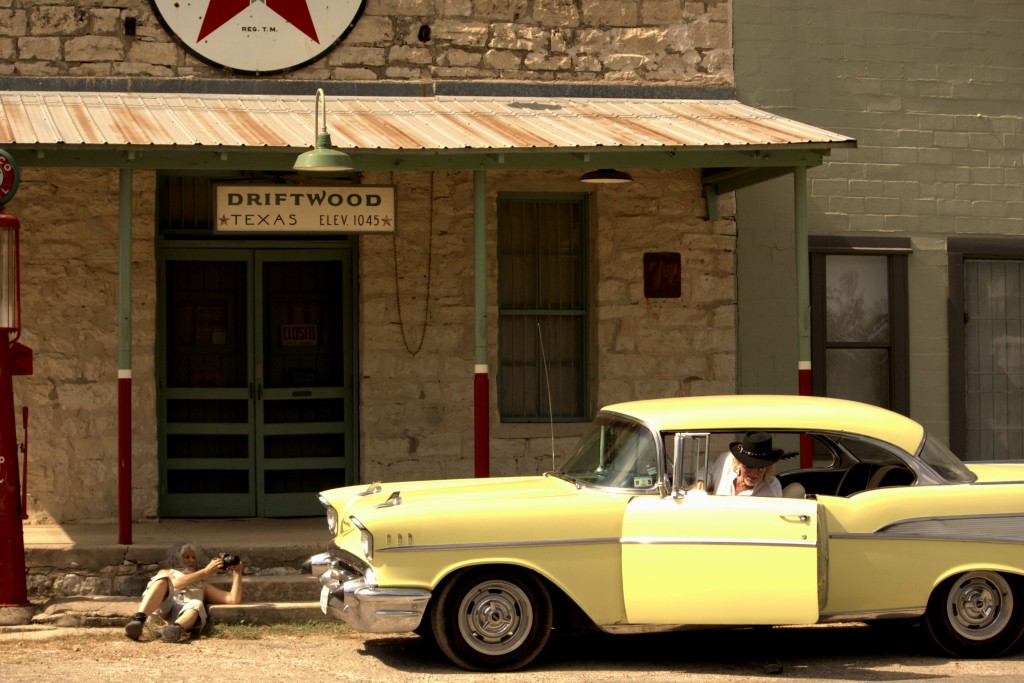 After about an hour of getting some great footage, our new friend Jesse showed up out of a dream in his (what do you even call that yellow anyway??) ’57 Chevy Bellaire. I swear to you …that car appeared out of a fog. Ok, maybe it was caliche dust. Regardless, nothing about that day sucked.

The first video in what will be a trilogy of On Earth songs is the title track. Bob is lost in his dream of traveling from Texas to Tennessee and back with the Red-Headed Stranger himself. Showing the ‘old’ man “….the house [he] grew up in….somewhere between Jesus and Elvis…” and other iconic sites as they ponder the world’s problems and share a gratefulness for living in the live-music capitol of the world.

The footage has been whisked off to L.A. to be graced by the Midas touch of Brent Carpenter’s editing genius. Another round of Emmy’s maybe? Maybe.

Stay tuned for what promises to be a beautiful piece of film-art by the end of the year – coming to a YouTube Channel near you!