Just a note to let you know whats happening in my world here in Austin, Texas. First…I’ve cancelled my Europe tour for this year so I can fully tend to “local” matters at hand. Having been Euro Americana Top 10 last fall when I was “over there” doing 43 concerts in 55 nights to promote it, “Tall Texas Tales” will be released in the US April 20th. Below is information for the official release party along with two documents generated by my US publicist, LCMedia, regarding the release including a cover letter to journalists, a bio and a “quote” sheet. A radio tour of Texas and the Americana stations in the US is being booked now, and gigs all over the US to promote the release are falling into place left and right.

Sooooo…the parts to the puzzle are all falling together, the crusade is underway and we are excited about the release of this record in America. This event along with a wish for health, happiness, prosperity and world peace comprise the short list of things I’m keeping good thoughts about. I hope my note finds you all with the sun on your faces and the wind at your backs. I’ll be seeing lots of you in America soon and you guys in Europe, I’ll be seeing you next year. Till then…my best to you all. 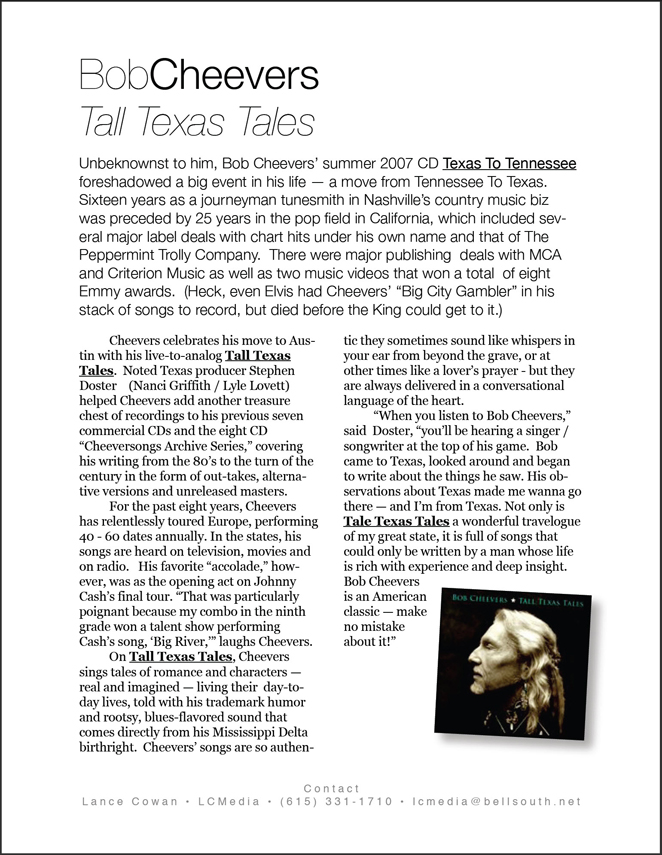 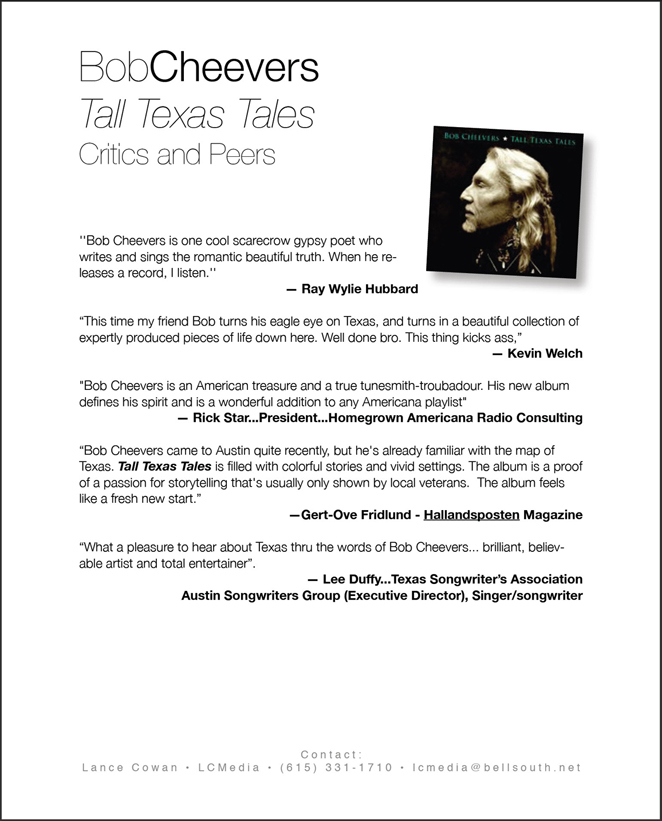