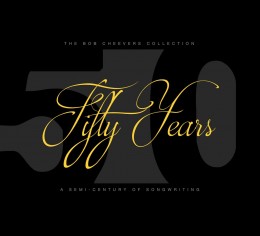 I’ve been at this music thing for half a century. I’m at the top of my game and more certain than ever that I’ve been on the right road in life. From the first bunch of songs I wrote in college during the ’60’s to the most recent song I’ve written, I’ve never had a doubt that I’d write another one. I’m one of the lucky ones who’s never had writer’s block. I learned early to set the song aside and let it gestate rather than push it in a direction it didn’t wanna go. 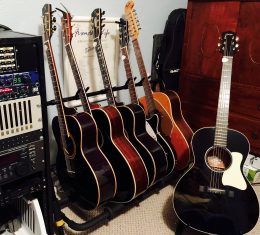 One of my character traits is being well organized. Another is that I’m a finisher. Both of those have served me well during the creation of over 3,000 songs. Some come to life out of ideas that come thru the ether; others come from paying attention to any number of incoming stimuli such as something someone says or something I read or imagined. Oddly, some come from things I “think” I hear in other songs when what I heard was really an original idea in my own mind. Its magic for sure.

Muses have been a mystical and wonderful part of my writing process. Both women and men who come into my life and have an impact on me often get written about. Perhaps the song they inspired doesn’t turn out to be about them, but the impression they made on me becomes part of the story’s fabric. Other times, a song is totally about a person, place or thing while some are totally made up using my own very vivid and often twisted imagination.

After fifty years of being a writer, its become the easiest and hardest thing to do. A phrase I hear can trigger a concept that I then attempt to put into words the listener can understand. Its been interesting to see how people react to certain songs. A rare few songs have remained on my set list for decades. They seem to possess in their stories archetypal threads that re-appear in songs down the line. Those threads most often have to do with concepts and truths I’ve believed all my life. That magic is the unexplainable mystery said to be based in the DNA of everyone and can appear in a person’s art as well as in their life.

This Fifty Years 5-disc box set is a retrospective look at the songs I’ve written during the last five decades. My intent was to choose songs that represent the many feelings I’ve had and changes I’ve gone thru over that time period. In 2014, I played Michael Hearne’s Big Barn Dance for the first time. As Sharon and I drove to Taos for the gig, we sorted through hundreds of songs whittling them down to about 200 then narrowing those down to a hundred and six best of the best. My old pal and engineer wizard extraordinaire, Jon Raney at Raney Recording in Drasco, AR, mastered them all after which I had to put as many as possible on 5 discs. One of the main ideas was to keep the songs on discs that represented the time period in which they were written.

Compact discs can accommodate up to 670 megabytes before the sonic quality starts to diminish. The number of megabytes for each song is different, so I had to use my weakest scientific gift, math, to add the megabytes for each song that I wanted on each of the 5 discs. This proved to be not only a mathematical challenge but also, when the number of megabytes was over 670 or sizably under, I had to decide which song to cut or which song to add. I compared that to taking my children out behind the barn and choosing which ones to eliminate ‘cause we couldn’t keep ‘em all. I know: what a strange analogy.Finally, after weeks of what felt like struggling with a Rubik’s Cube, the songs fell into place on each disc. Sometimes it seemed like trauma after trauma just trying to keep this ambitious project true to my original concept, but gentle peace always settled in after decisions were made and executed. After weeks of wrangling, the sequence on each disc was finally set. 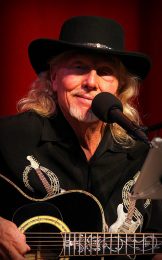 Early on while I was assembling the parts, I had a conversation with Don Richmond at Howlin’ Dog Records and happened to mention what I was putting together. He said he thought his label would be interested and that he’d consort with his wife Teri McCartney (no kin), Paul Clemmer and Jana Pochop all of whom were the HDR team I dubbed my “Village People”…as in “It takes a village.” They all gave Don a thumbs up on partnering with me in this record’s future. I was elated. They were anxious to help in any way to get all the pieces of the puzzle assembled. We set some deadlines in accordance with other projects they’d be releasing, the best time to release this monster project and how all that intertwined with my touring schedule. I was feeling like Atlas with the weight of the world on my shoulders and asked if we could not think about deadlines till I assembled all the parts. I had NO idea how long it would take. I’m the only one who knew when the songs were written, where they were recorded, who played/sang on them, who the co-writers were (if any), who published each song, what order I wanted them in and how difficult it would be to work with the 670mb limit per disc.

I was the only person who could write the “mini-book” for the 24 page booklet telling my musical story. I had to choose and scan photos from the five decades to go with the story’s timeline. I had this concept in my mind about the art work and, for the first time in my recording career, my team of old personal friends who had always helped me with the art were wrapped up in their own projects. That meant finding someone I could trust to articulate my concept. Designing album packaging is an art in itself, and any art design person needs the freedom to follow their instincts on how the many pieces of the design fit together.

I did some bush beating which led me to Emily Shirley who has worked with some of my favorite artists and whose artistic touch was impossible to miss. After telling her about my fears of turning over my heart and soul to a stranger, she assured me that she, as a musician/singer/songwriter as well as an art design person, could totally understand my concerns. She graciously agreed to let me dump all my ideas on her, and then she tailored them with her own vision that complimented mine. In short…she knocked it out of the park.

The biggest issue was how to get all of the information I felt was needed to fit on the spaces of the packaging. My man Jake Schaefer at CopyCats Media, who I’ve used for my last 3 CD projects, has been a patient and very helpful part of all this. He had to do research to find packaging that would accommodate 5 discs and a 24 page booklet. Turns out this is only the second 5-disc original box set by any artist other than Carmon Miranda. Yep…the girl with the fruit piled high on her head.

My best friend and long term design pal, Stephen Holsapple, found time to create the gorgeous front cover with its copyrighted script font. He also designed two tour posters. The box set is elegant with enough of an old fashioned touch to match the half century timeline.

I’m calling this box set “My masterpiece”. I doubt I’ll do anything in life again that is this ambitious and such a challenge. I’m really proud and thankful to have had all the help over the last fifty years getting me to the place I am now with this wonderful box set of my life all wrapped up in a million memories. Thank you all for making this dream come true, and thanks to the Universe for giving me this time on earth and the gifts to create.