Bob Cheevers and his sometimes tour mate, Stephen Doster, will be making a quickie tour of Tennessee the week of November 16th, performing shows in Nashville, Chattanooga and Memphis before returning back to Austin in time for Thanksgiving.

This will be the second time the two artists have hit the road together, including their “25 Shows in 30 Nights” tour of the UK and Scotland at the end of 2014. The Tennessee tour will include performances at the legendary Bluebird Café in Nashville on Tuesday, November 17, and the famed Lafayette’s Music Room in Memphis on Thursday, November 19th. In between they will be making an appearance at a private house concert in Chattanooga on Wednesday.

The quickie tour is a prelude to a longer string of dates the two will embark upon to the West Coast in February to respectively promote their most recent albums. On Earth As It Is In Austin, Cheevers’ 10th full-length release, has been called “one of his most beautiful albums ever,” while Doster’s Arizona has been heralded as an “exquisitely crafted classic.”

The two first collaborated in 2011 when Doster produced and performed on Cheevers’ Tall Texas Tales album, which netted Cheevers “Songwriter of the Year” honors from the Texas Music Academy. Since then, the pair found themselves sharing stages more frequently throughout Central Texas, which led to the ’25 shows in 30 nights’ tour of the UK and Scotland. On that tour, they performed in venues all over the UK and Scotland ranging from 18th century pubs to small concert halls. Along the way, they made multiple appearances on the BBC to promote their brand new albums. 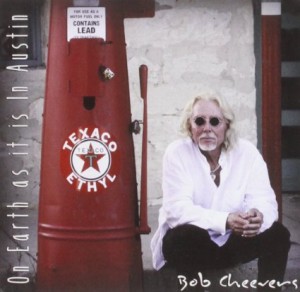 On Earth As It Is In Austin, released on Private Angel Records, presents 15 new Cheevers story songs recorded as musical duets with 15 noted Austin musicians performing on one song each. Uncut magazine lauded “On Earth…” noting that it “finds Cheevers in fine storyteller fettle,” while Rootstime approved of the collection calling it “one of his most beautiful albums ever.” Doster performs a sensitive acoustic guitar accompaniment on the track “My Guitar, The Man in the Moon & My Heart,” while the remainder of the the album includes stellar performances from Will Sexton (“Made in Mississippi”), Van Wilks (“One More Nail”) and Walt Wilkins (“The Sound of A Door”), along with 11 other star turn performances.

Cheevers has just entered his 50th year as a professional songwriter including stints in Los Angeles and Nashville before settling in Austin in 2008. In his long storied career he has won an Emmy, written over 3,000 songs and counting, released 10 full-length albums, amassed a deep archive of unreleased material and opened for Johnny Cash on what would be Cash’s final tour. Born in Memphis and raised in the rich musical legacy of the Mississippi Delta, Cheevers has travelled the long journeyman’s road, fine tuning a musical voice that expertly spins rootsy, blues-flavored tales of life in a conversational language of the heart. His Austin pal Ray Wylie Hubbard perhaps says it best: “Bob Cheevers is one cool scarecrow gypsy poet who writes and sings the romantic, beautiful truth. When he releases a record, I listen.” 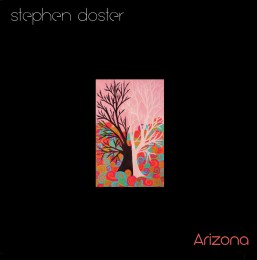 Although released late in 2014 on Atticus Records, Doster’s Arizona quickly found itself atop “Best of the Year” lists at the Austin Chronicle and Austin American-Statesman. The Chronicle’s Jim Caligiuri praised Arizona’s “one charmed melody after another,” while the American-Statesman’s Peter Blackstock touted the album as an “exquisitely crafted classic.” Arizona features 10 Doster originals, including the edgy guitar driven title track and the R&B groover “Enough for Everyone.” The mystical love song “Baby, There’s No One Like You” is one of three songs Doster co-wrote with Chris Layton and Tommy Shannon of Double Trouble fame for their all star debut project, Been A Long Time, which featured Dr. John, Willie Nelson, Kenny Wayne Shepherd and Jonny Lang, among many others. 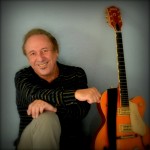 Over the course of his career, Stephen Doster has been described as one of Austin’s most ubiquitous musicians sharing stages and studios with a long and eclectic line of musical luminaries including Joe Cocker, Nanci Griffith, Lyle Lovett, Gatemouth Brown, Little Feat, Mark O’Connor, Storyville, Ricky Nelson, Squeeze, Ani DiFranco and Ramblin’ Jack Elliot, among many others, He has produced over 60 albums, including projects for Carolyn Wonderland, Seth Walker, Uncle Lucius, Stanley Smith and newcomer Devin Jake. Arizona is Doster’s second solo album project, coming 18 years after his debut Rosebud. In between, he released two albums with Will Sexton, one of which included Bill Carter. Doster is also playing the part of music ambassador for the U.S. State Department with two tours of southern Africa in the books already in connection with his work as co-founder of Guitars for Swaziland.